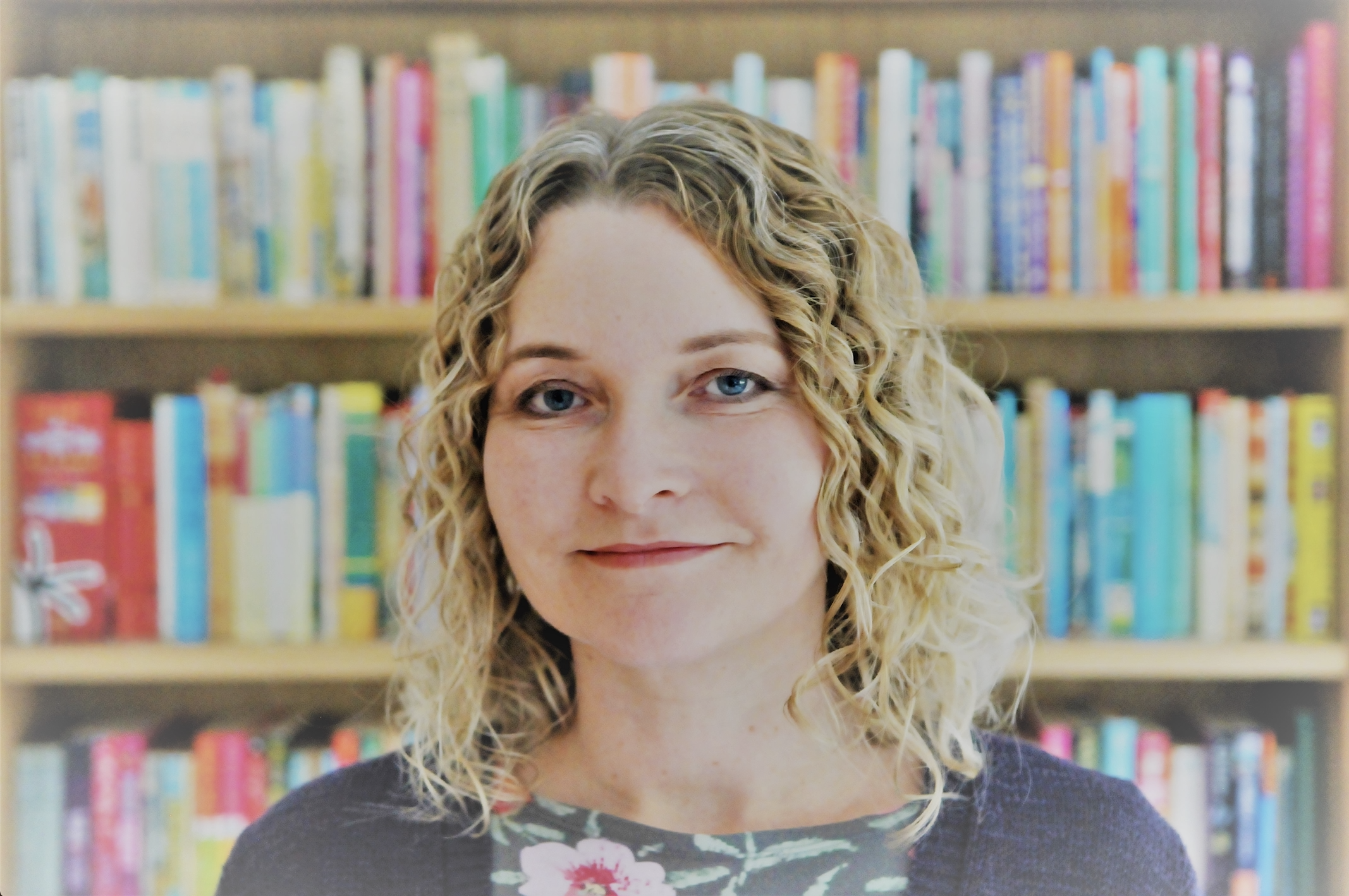 Kita wrote and illustrated her first work, Cindersmella, at the age of six. It was swiftly and cruelly rejected by publishers. The sequels, Repunsmell and Mouldilocks were equally badly received.

Disheartened, she turned her attention to building sets for TV shows – but the feeling that she should write for children never went away.

She lives in Oxfordshire with four daughters and a hamster.

Click here to learn more about Kita and her books. 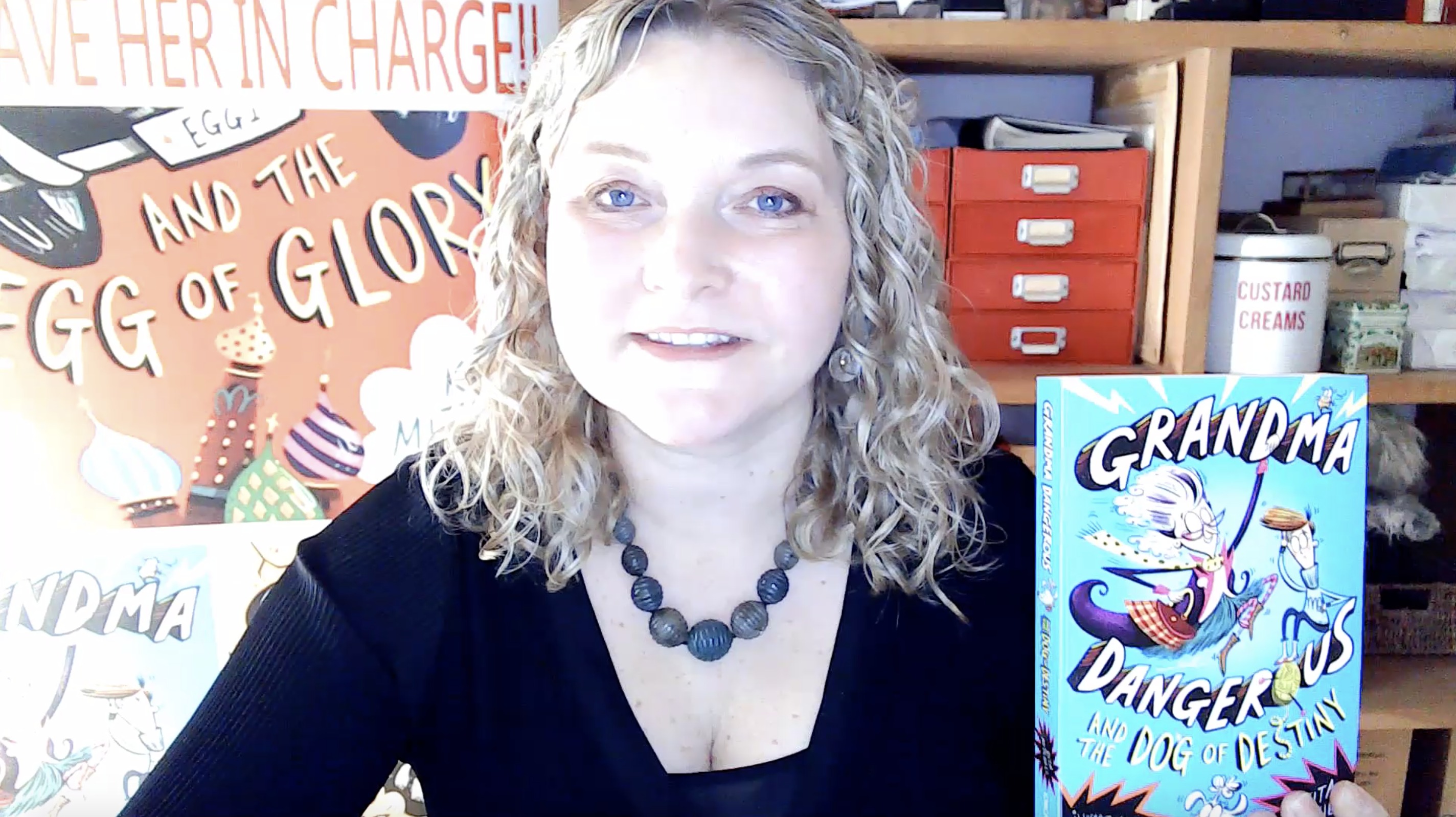 Listen to Kita read her story about a boy who L_O_V_E_S making cakes! When his mum tells him that he can’t help because she is in a rush, Gus gets cross!

A funny story that focuses on the feeling of being angry about something that is important to you.

This opens up opportunities to think about strategies of how you can create calm from anger. 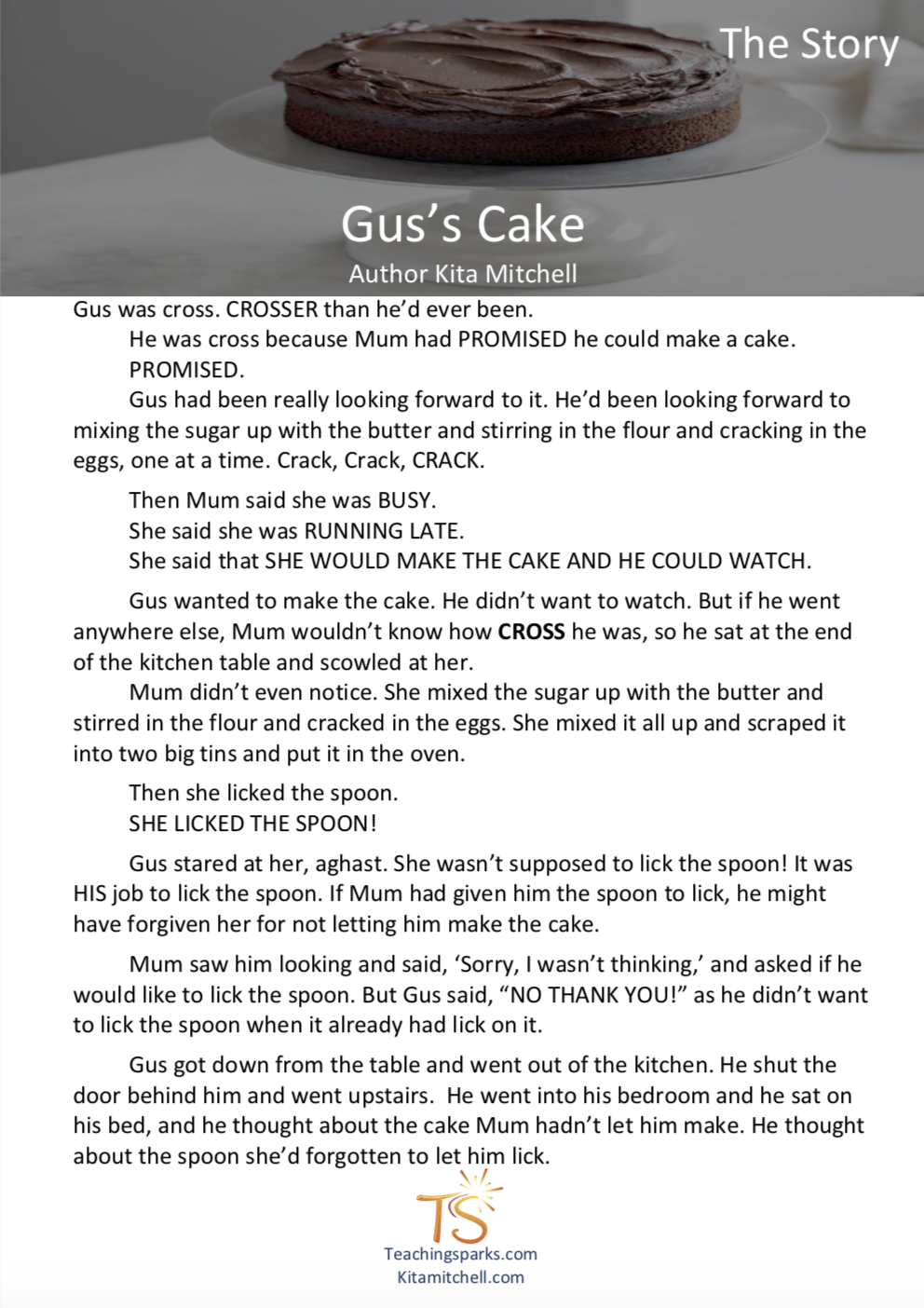 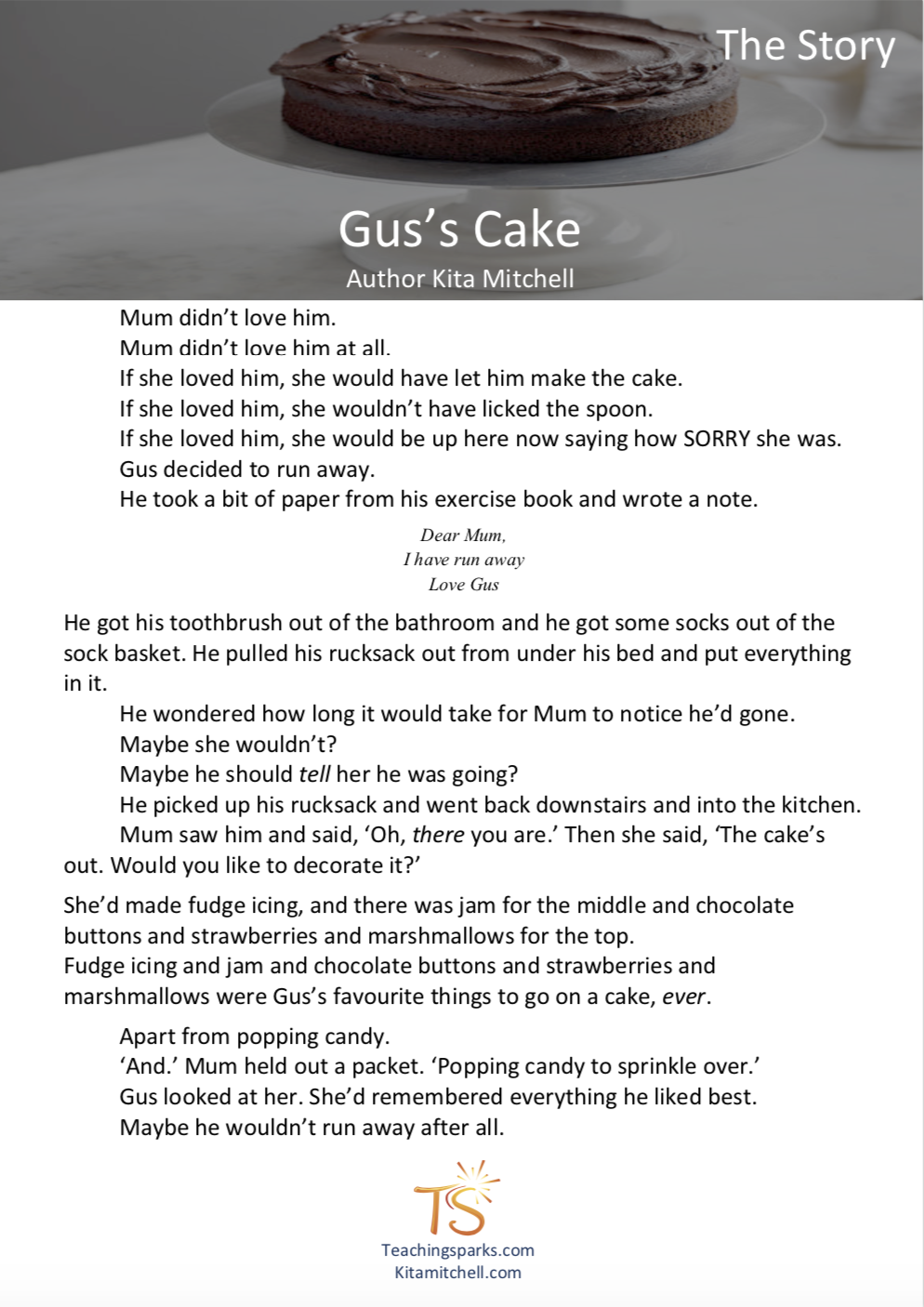 Gus was cross. CROSSER than he’d ever been.

He was cross because Mum had PROMISED he could make a cake.

Then Mum said she was BUSY.

She said she was RUNNING LATE.

She said that SHE WOULD MAKE THE CAKE AND HE COULD WATCH. 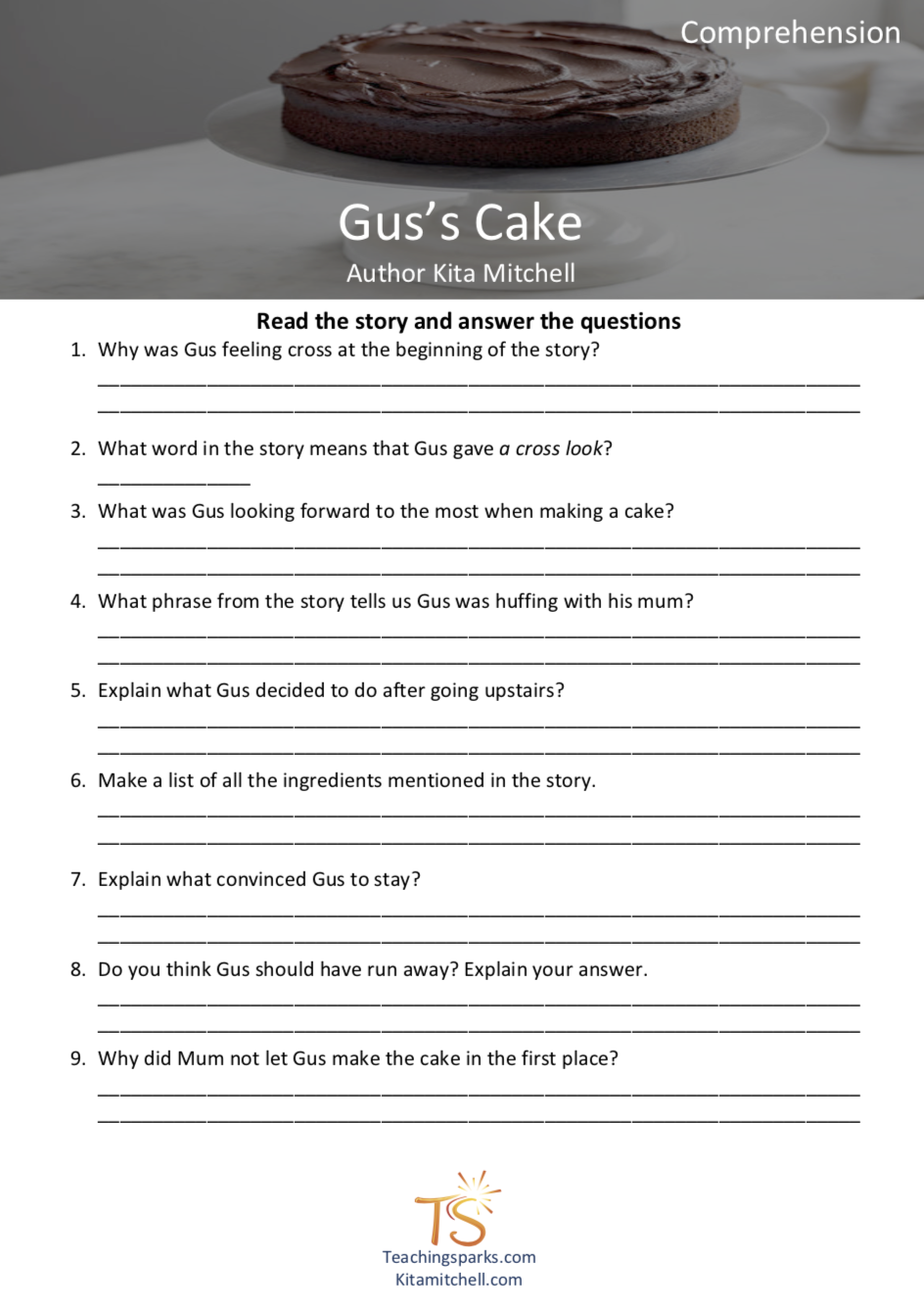 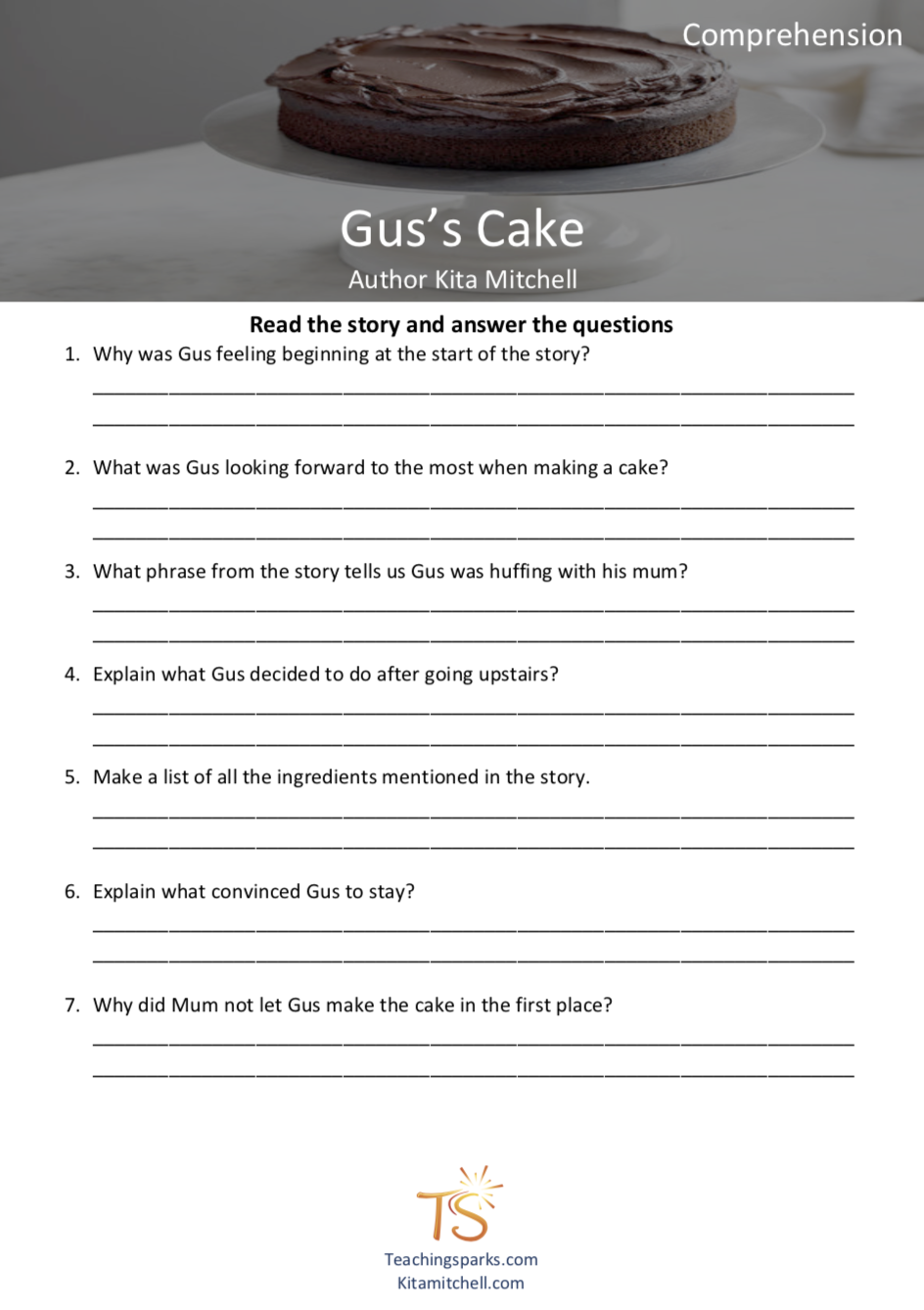 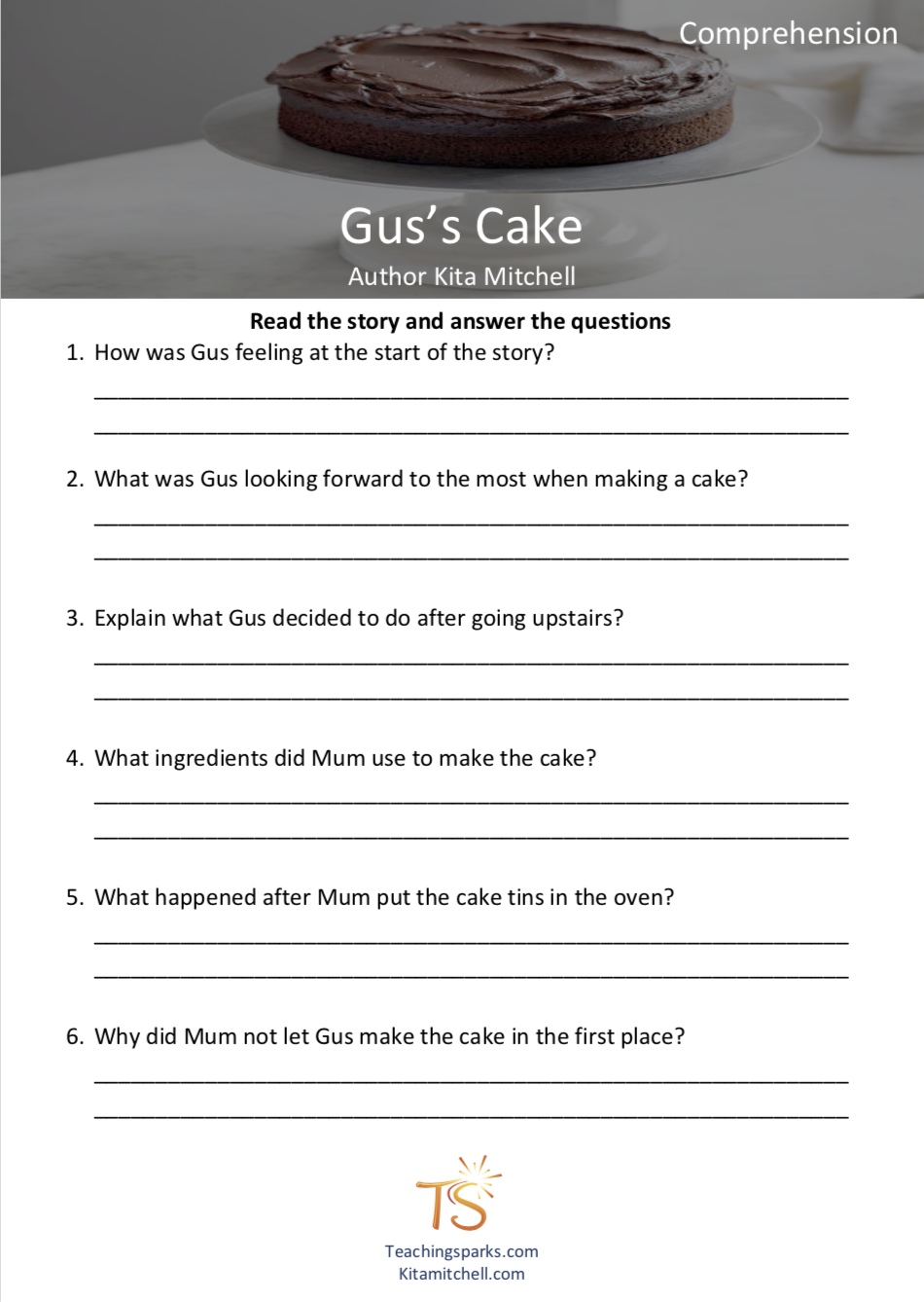 This is a comprehension aimed at Year 1 to Year 3 classes linked to the funny story of Gus’s Cake by Kita Mitchell.