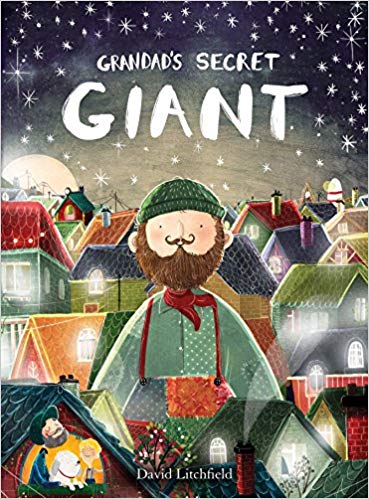 A GIANT story of belonging and friendship.

“He has hands the size of tables,” Grandad said, “legs as long as drainpipes and feet as big as rowing boats. Do you know who I mean?” “Yes,” sighed Billy. “The Secret Giant. But he’s not real!”

Billy doesn’t believe his Grandad when he tells him there’s a giant living in his town, doing good deeds for everyone. 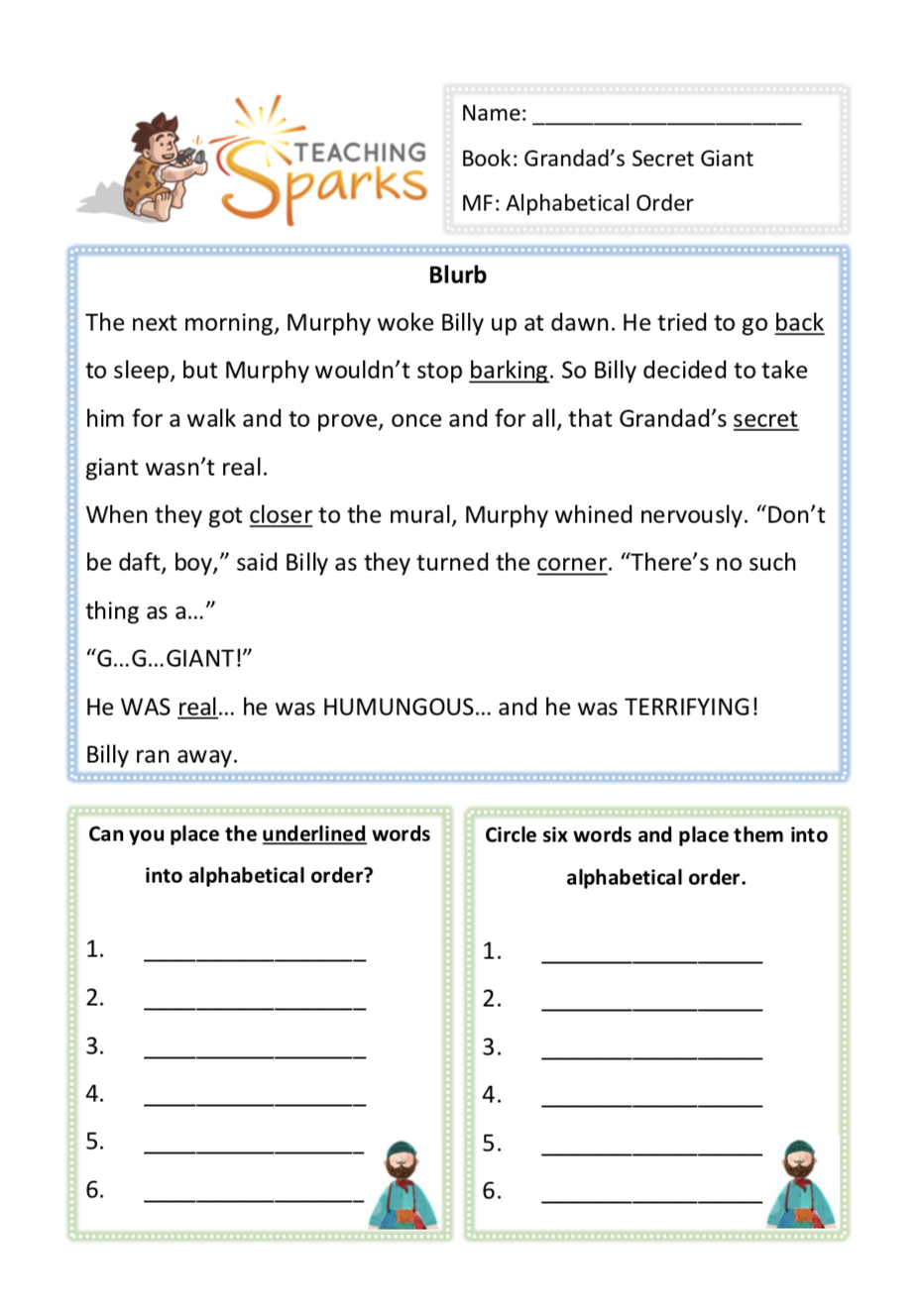 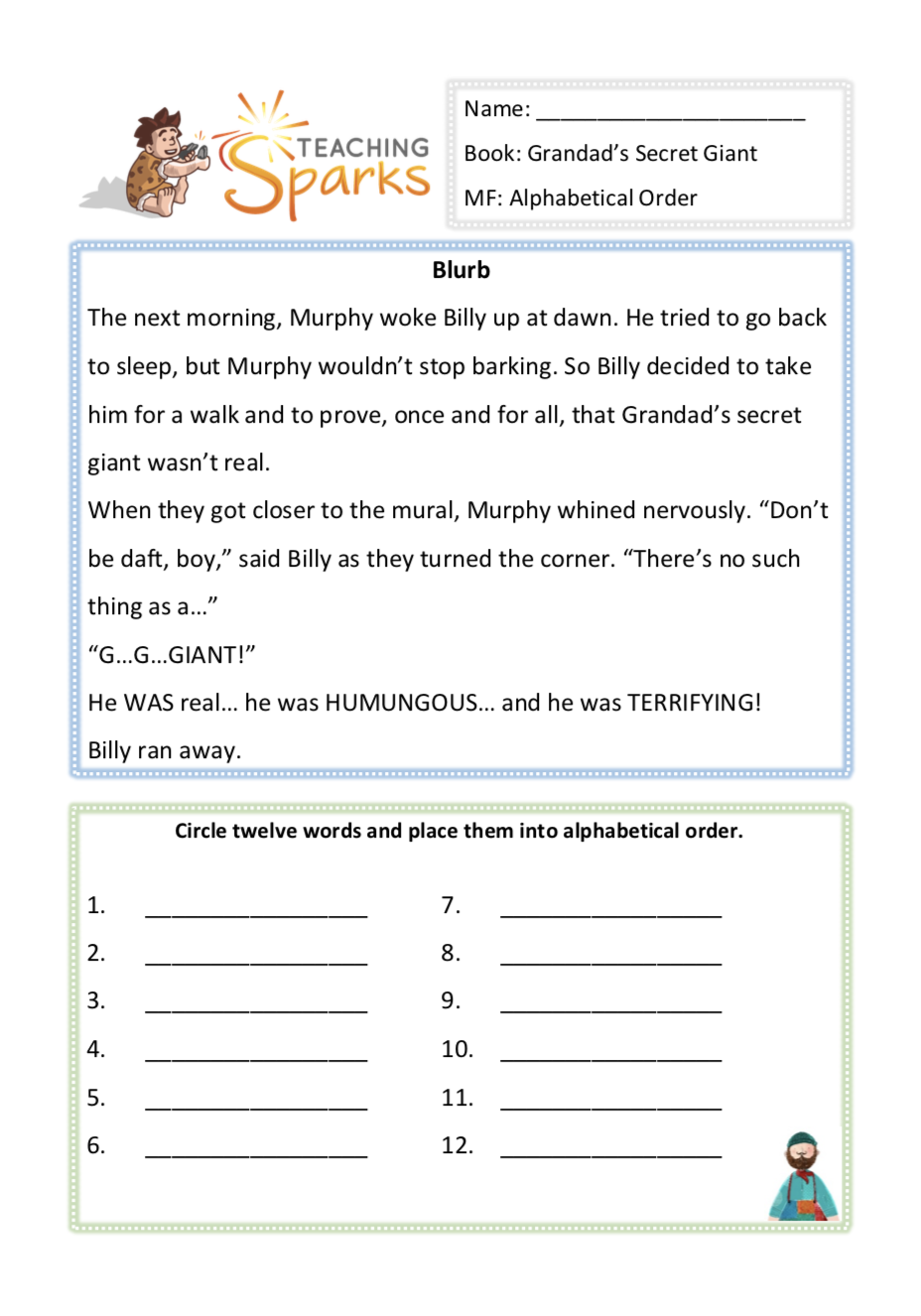 Using the Blurb of the story, your class will place the chosen words or words of their choice into alphabetical order.

In this resource there are 6 different worksheets to cater for various abilities and depending on where you are in the year with your class.

The class will work on identifying and adding in the capital letters and full stops to the text.

We have split the book in half and created two comprehensions to accompany your class reading the story to check their understanding.

The comprehension have been differentiated for your Year 1 / Year 2 class. 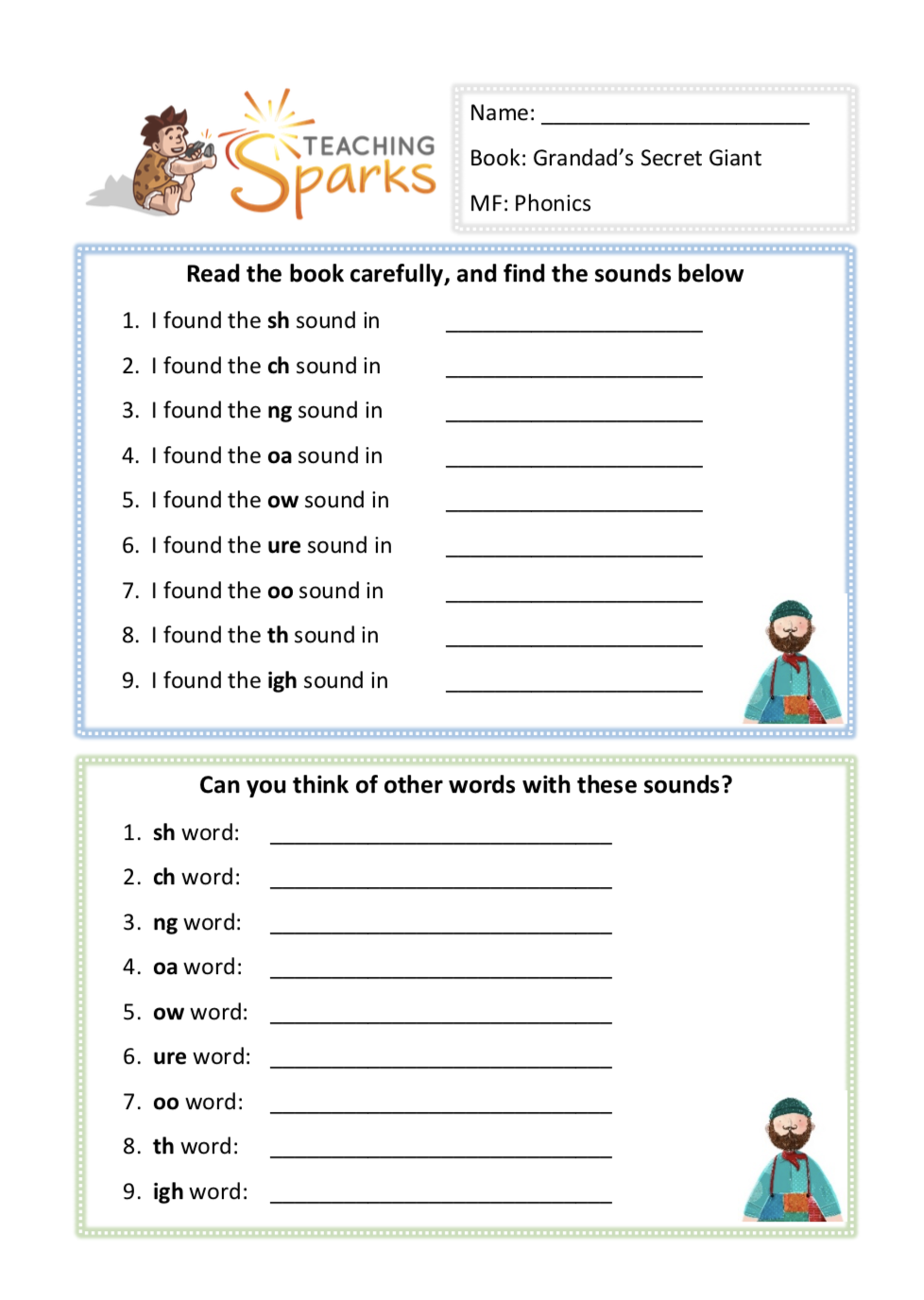 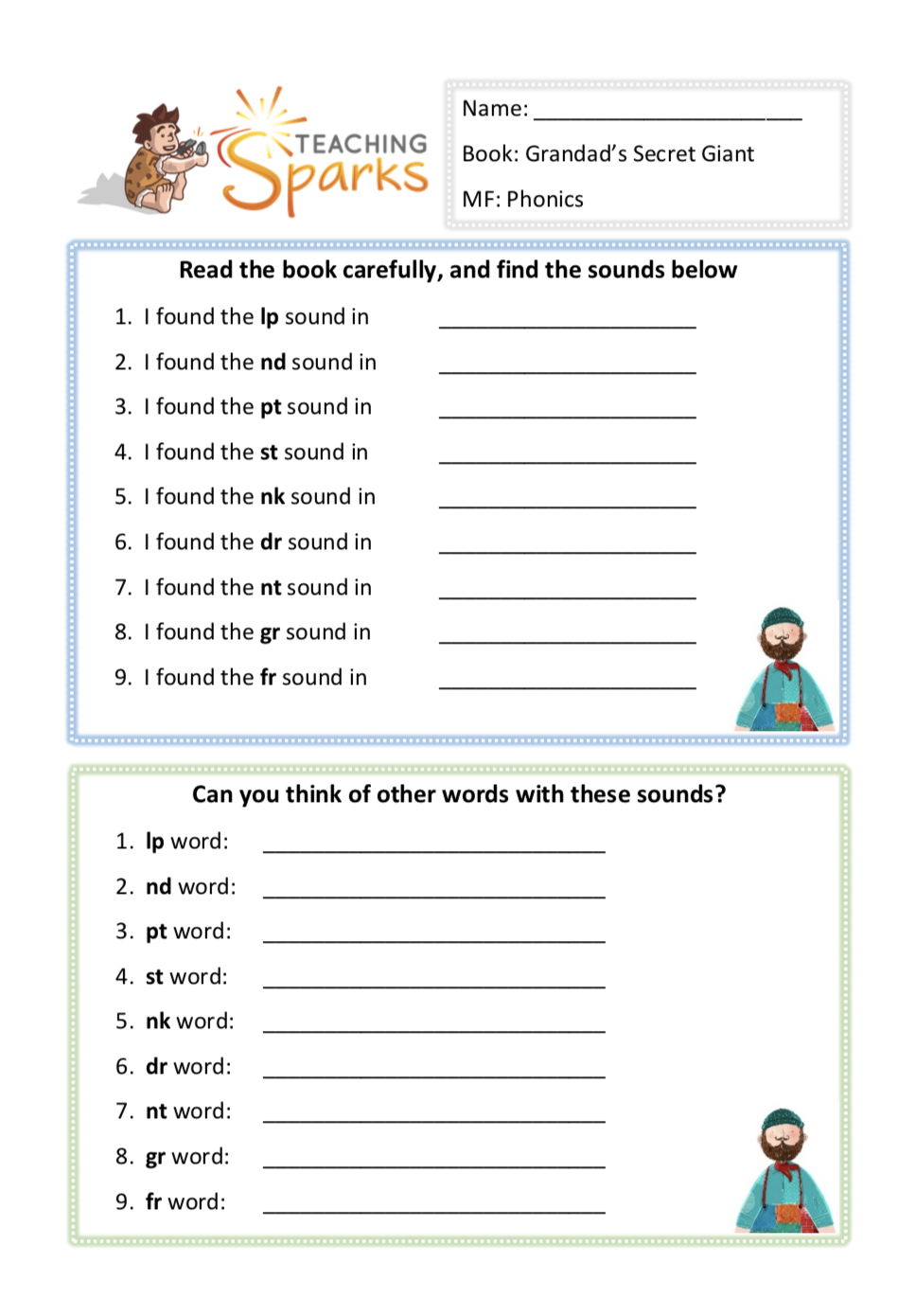 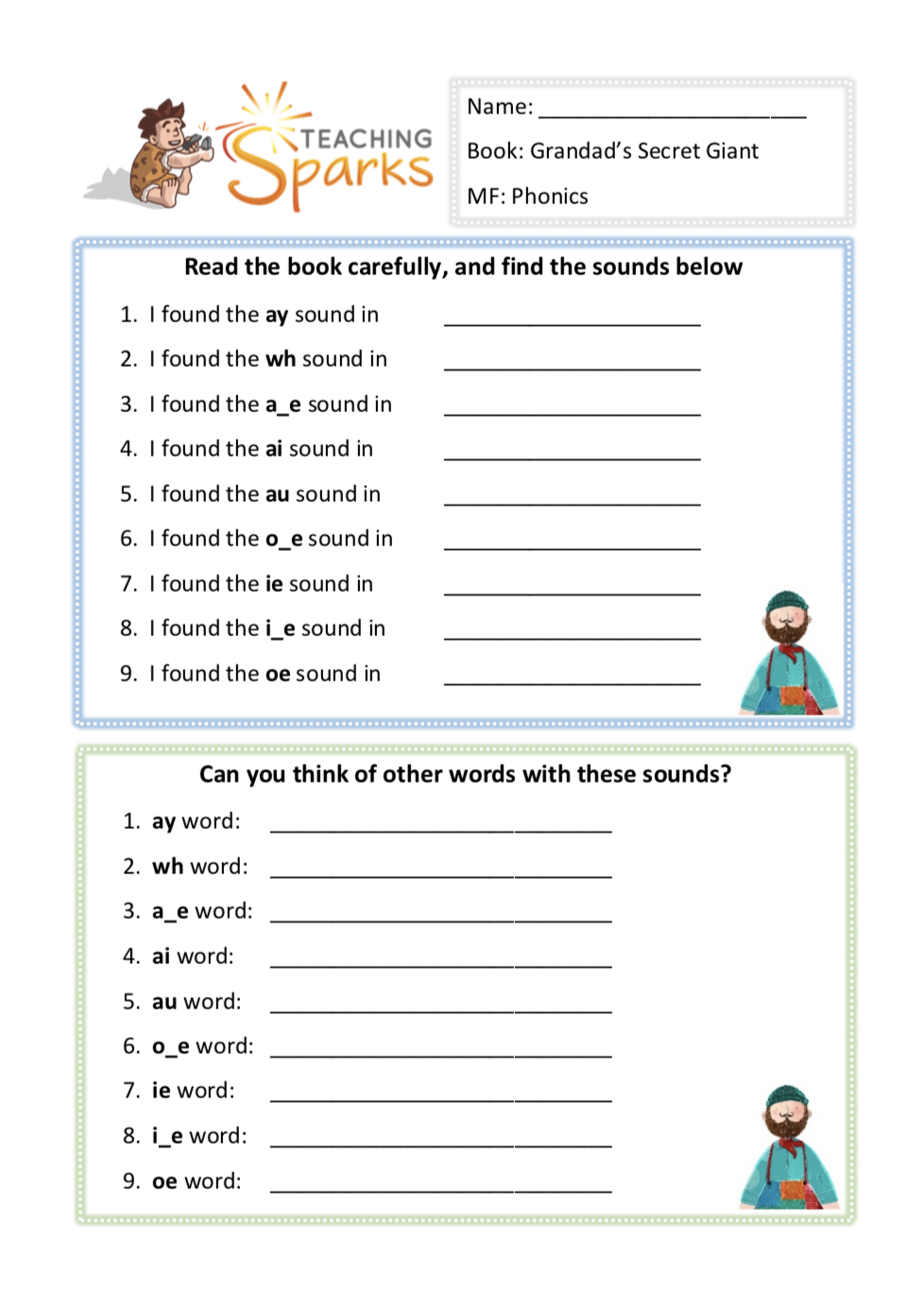 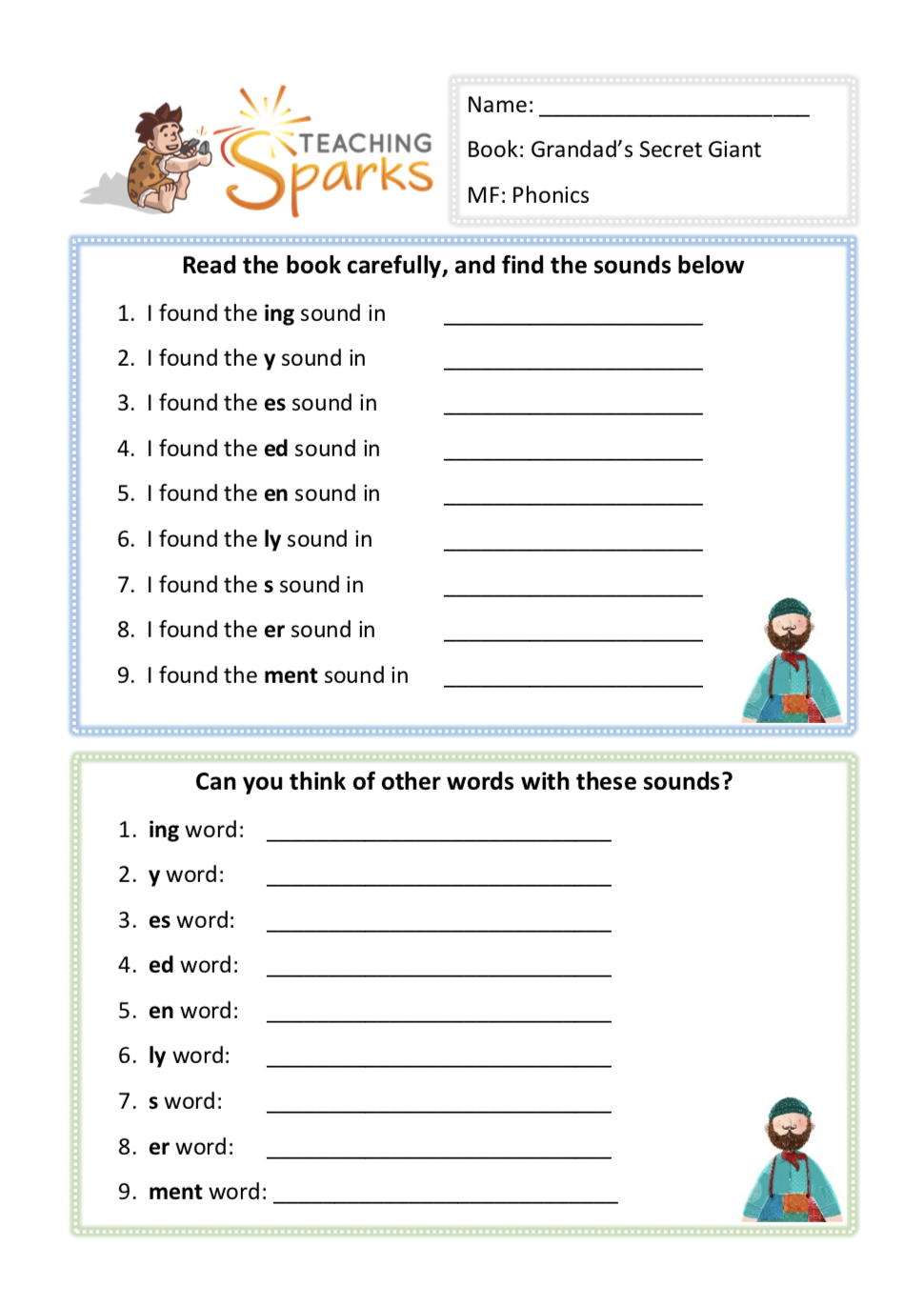 This resource covers four different phases within phonics and involved your class using the text to locate the different sounds.

No text is included within this resource. 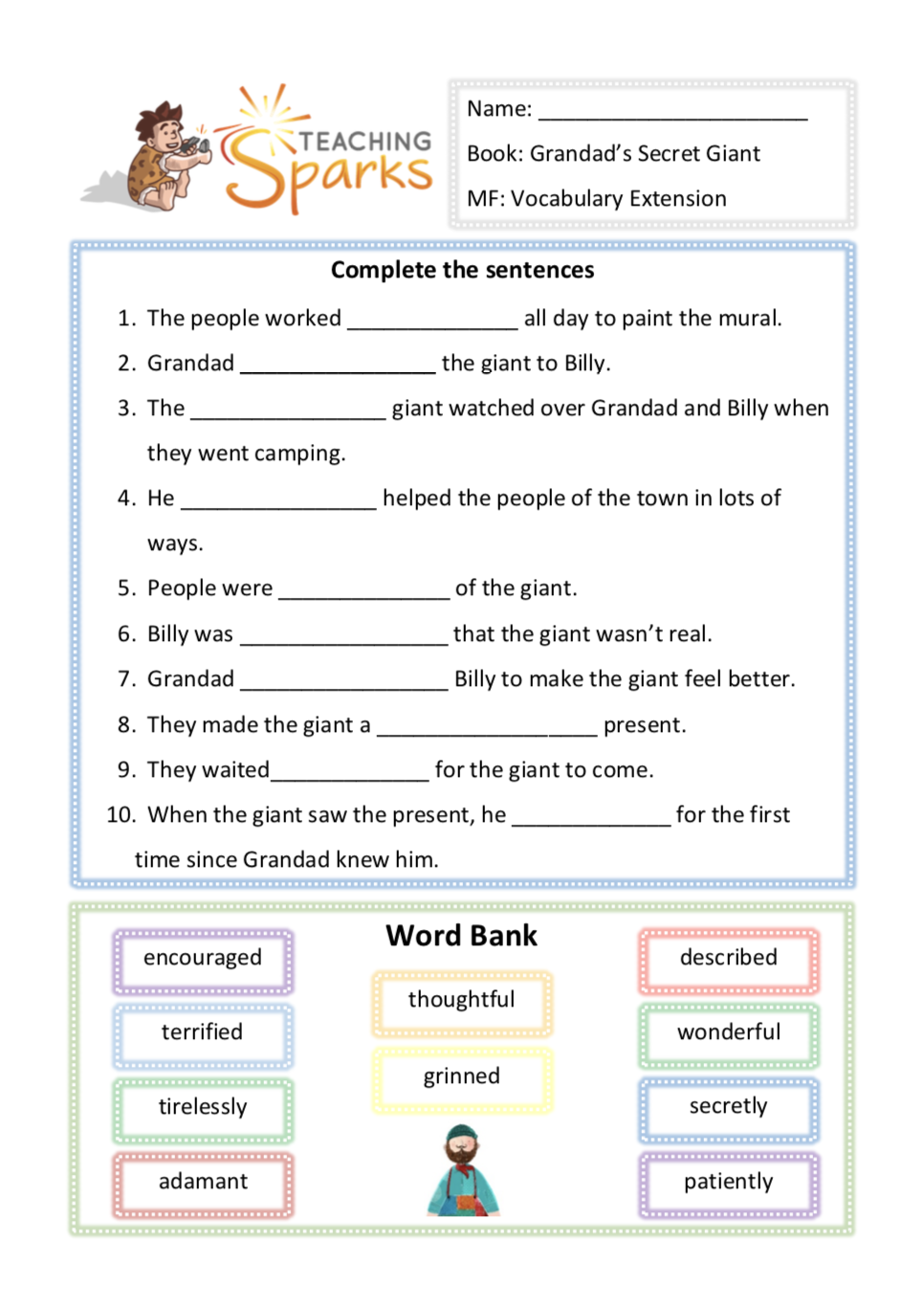 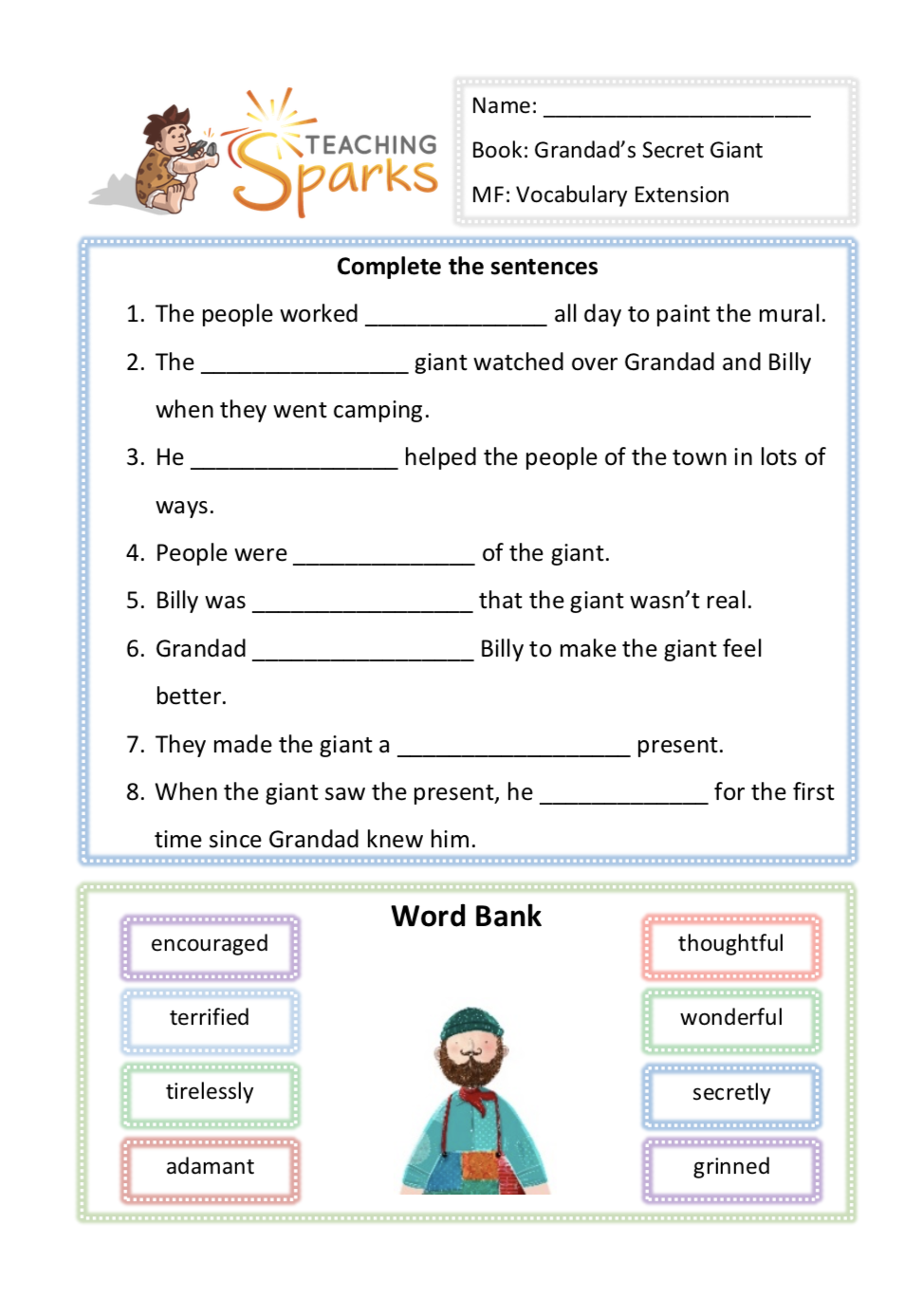 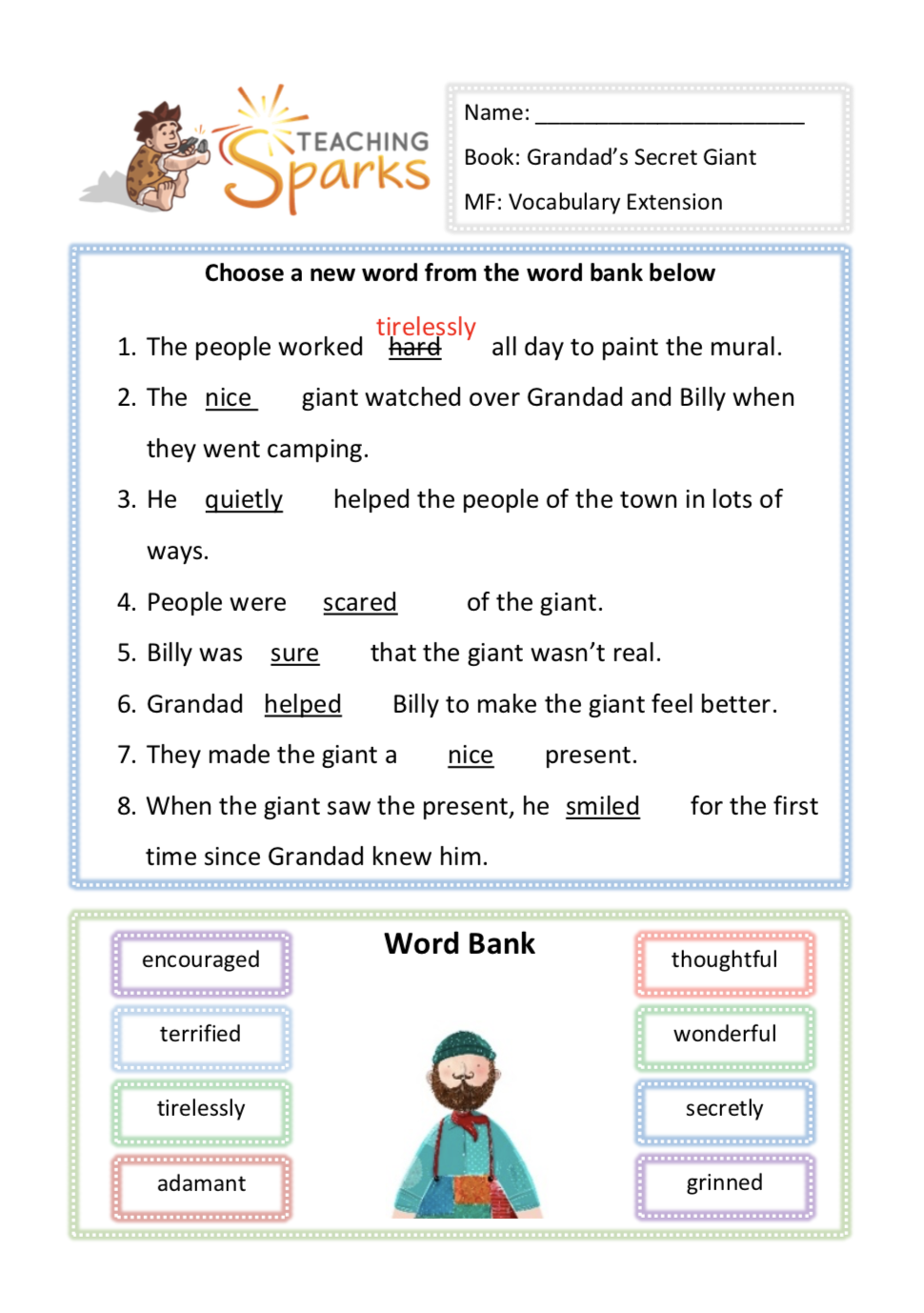 This resource explores a range of words used in the story that will help your Year 1 / Year 2 class develop their knowledge of vocabulary and range of words they have at their disposal to use in their writing.

Your Ks1 class will add the words into the spaces to complete the sentences from the story. 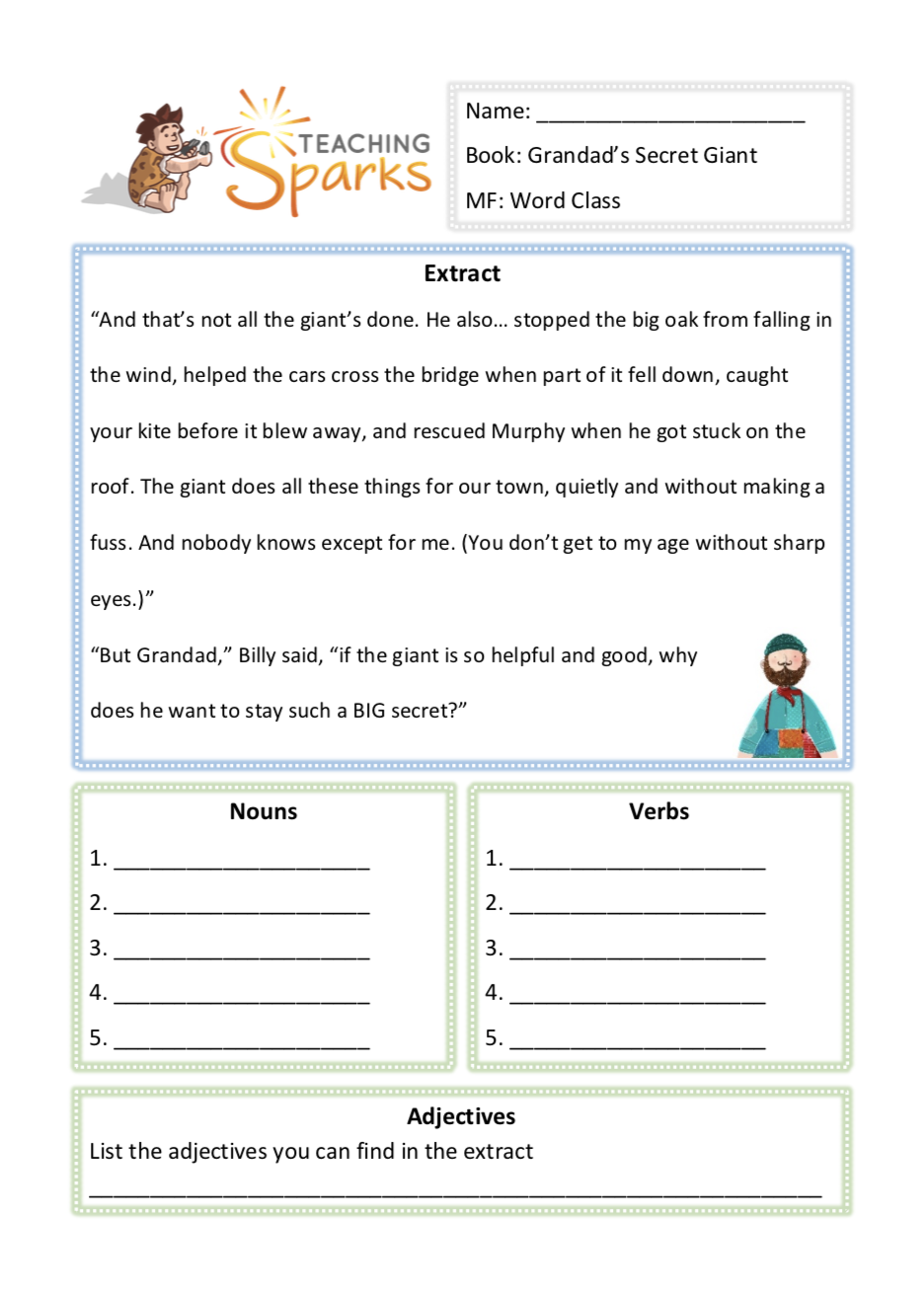 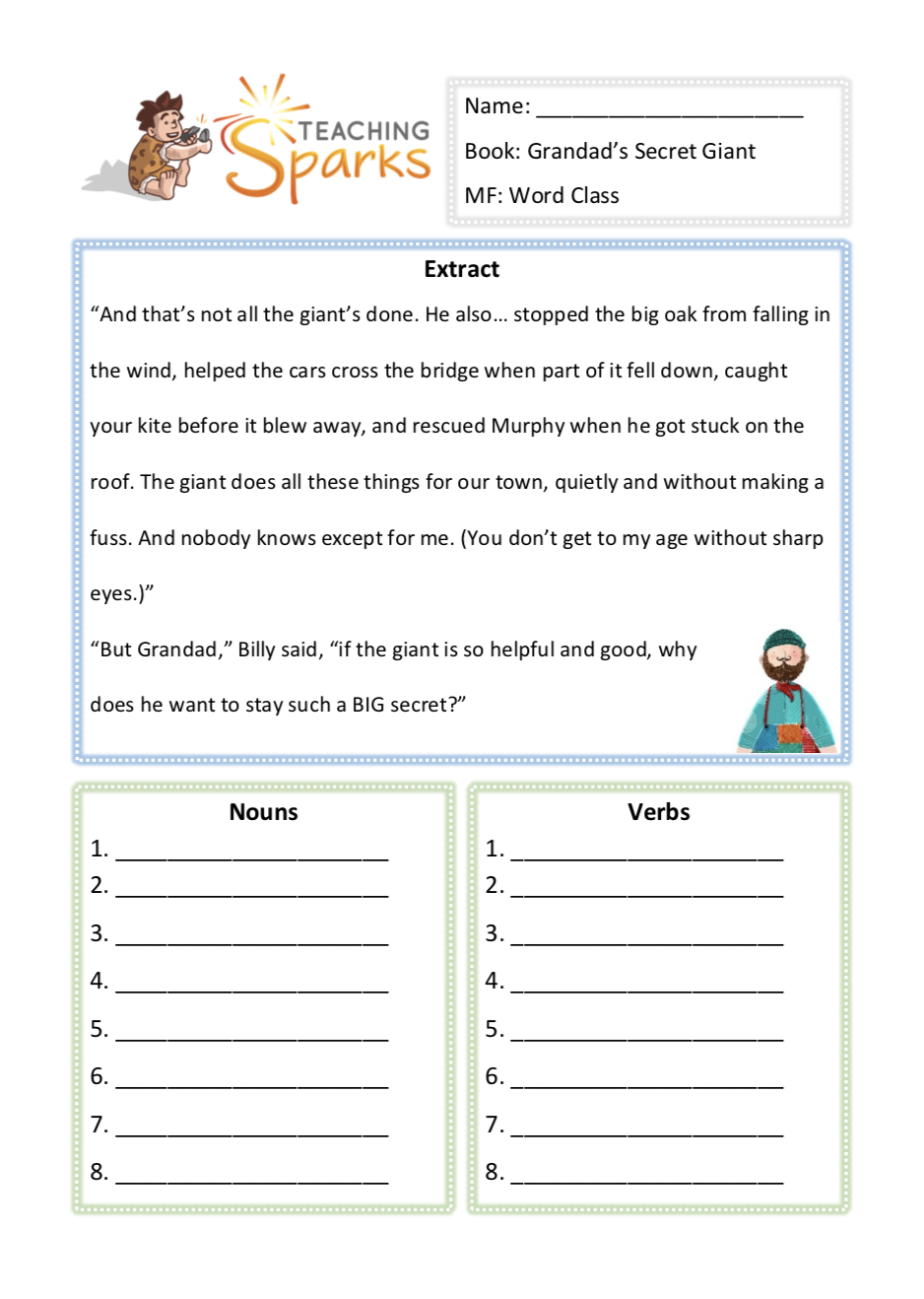 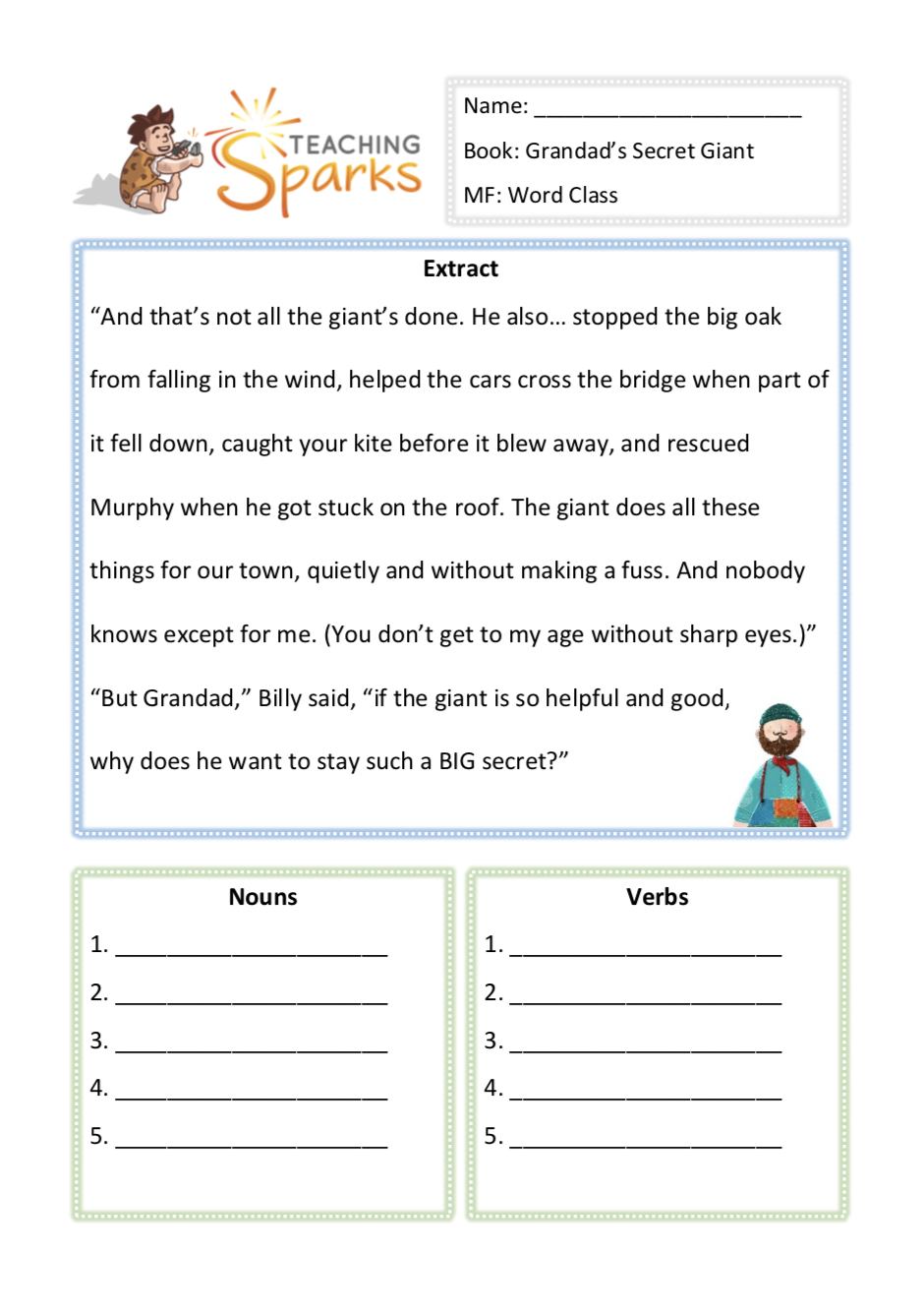 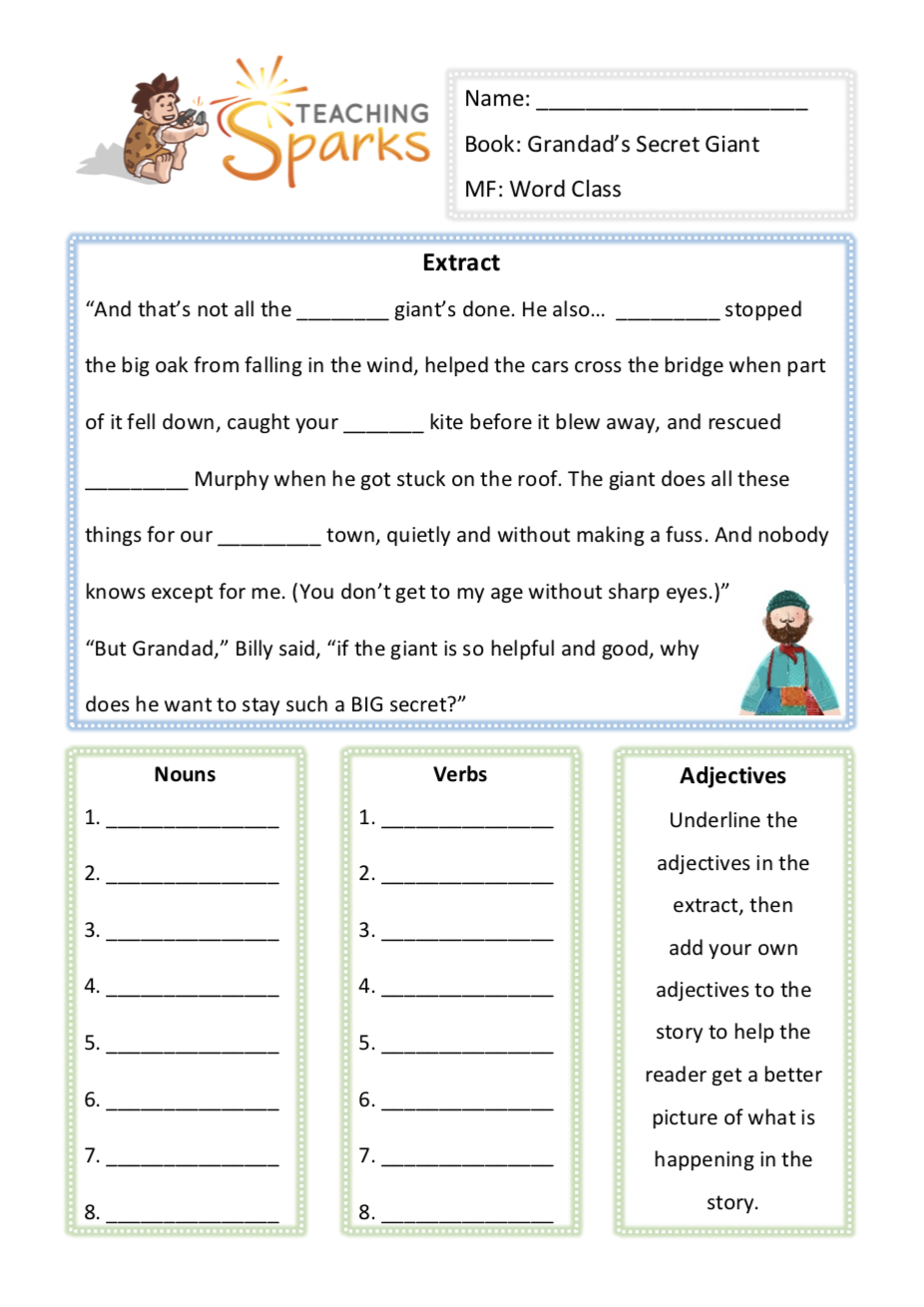 This resource helps your class identify different nouns, verbs and adjectives used in the story and begin to group them. 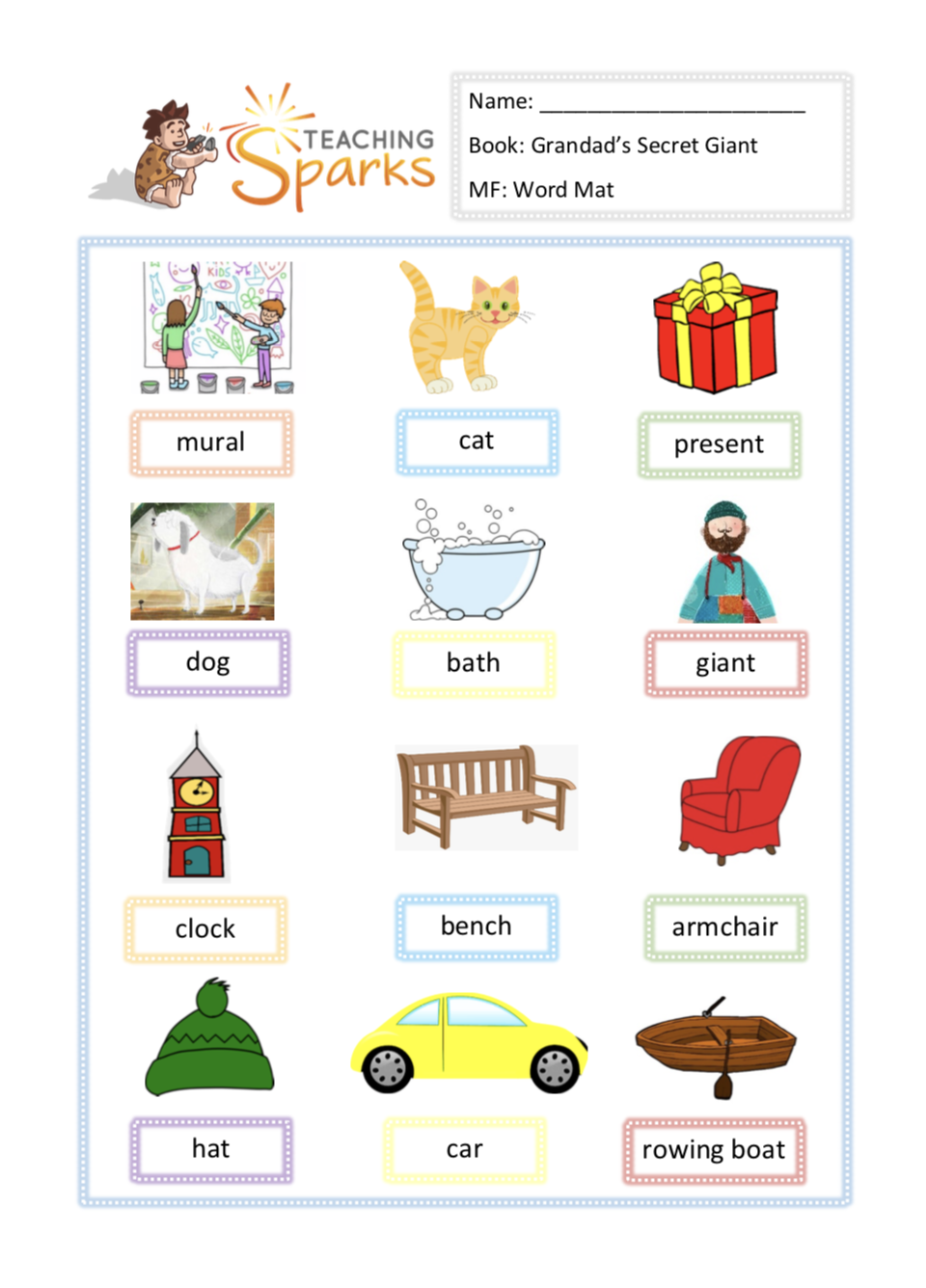 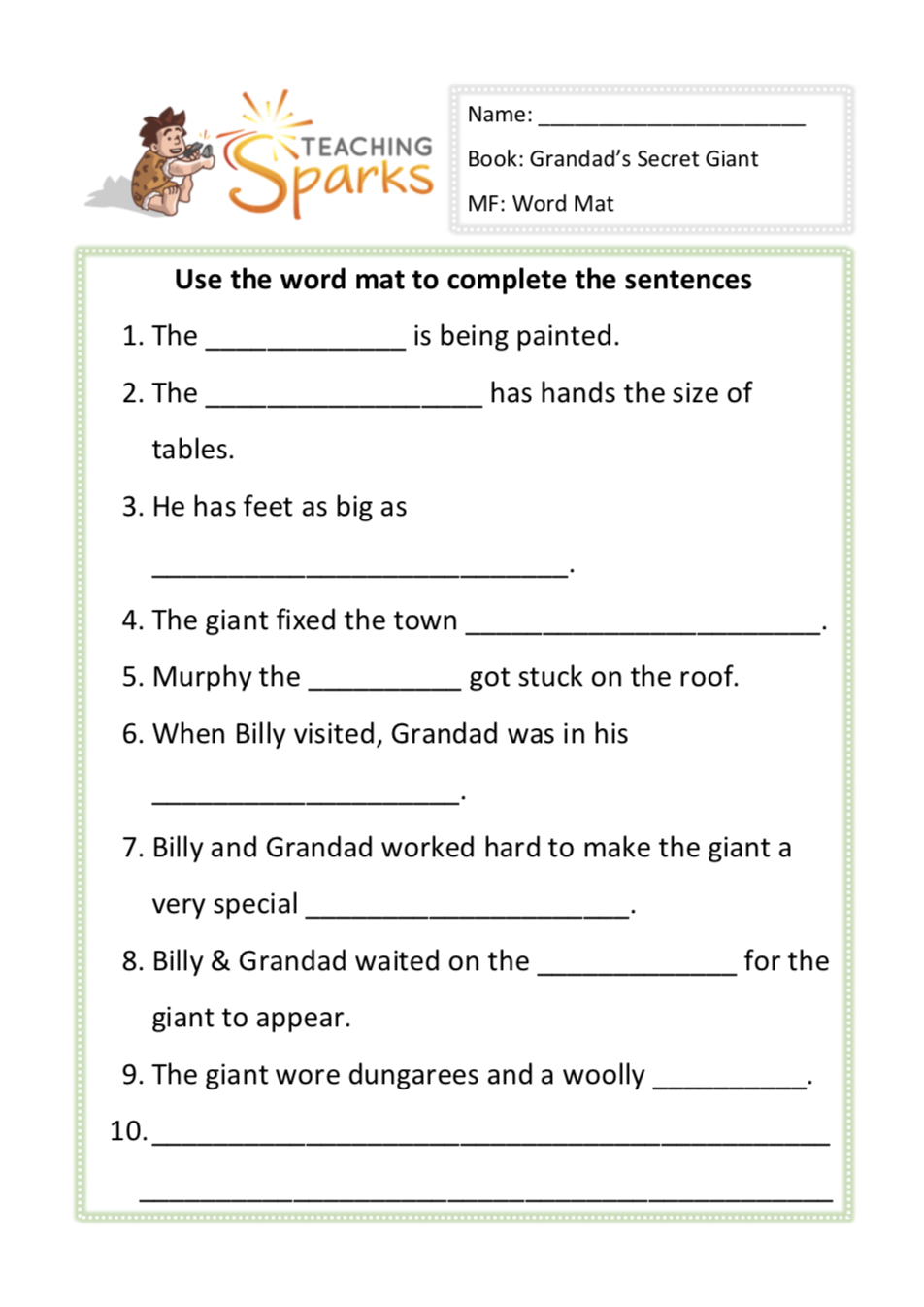 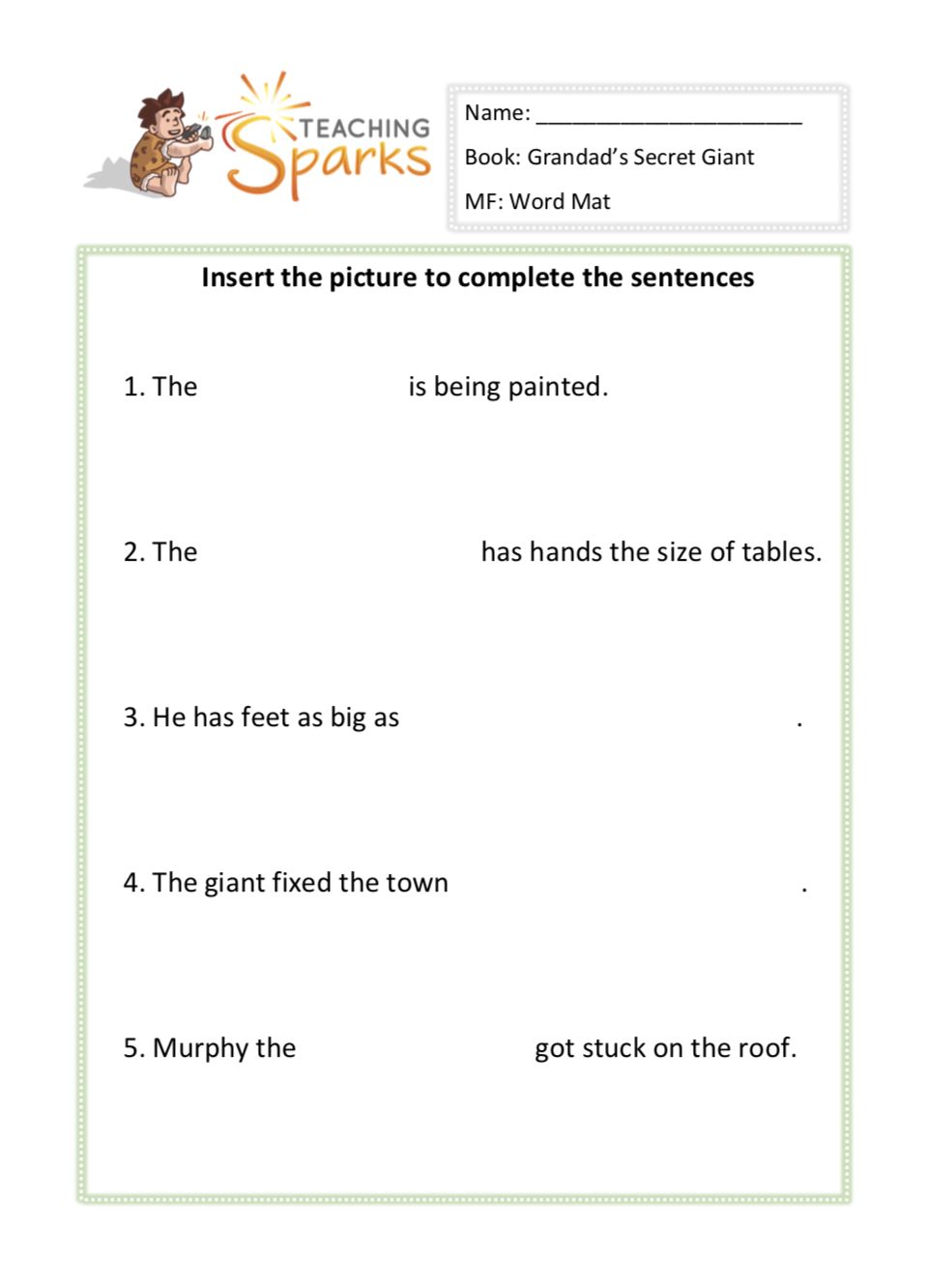 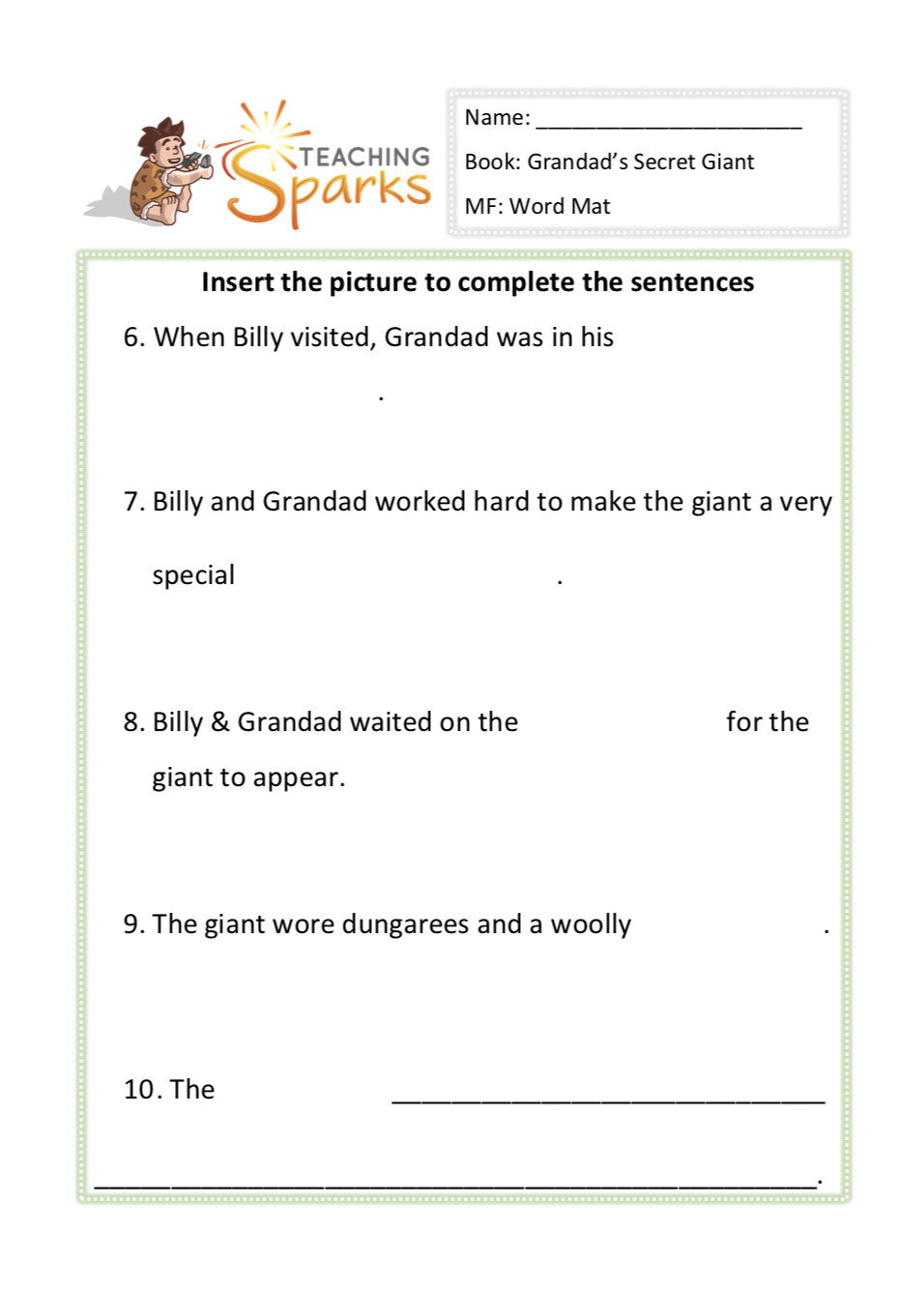 In this resource your class will use the word mat to complete sentences from the story.

The resource is differentiated so the children can write the words or use the pictures.

The children can also use the pictures and words to write independent statements or questions about the story.